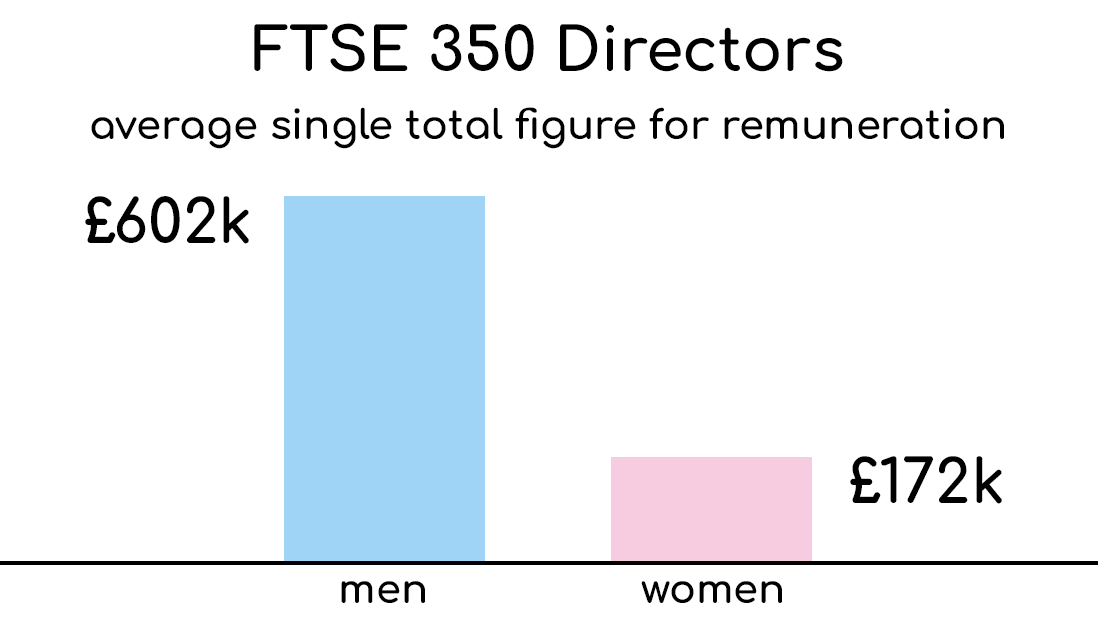 Today we celebrate the achievements of women on International Women’s Day. But in some areas there is a long way to go to achieve gender equality – and it’s important to understand how that equality is measured.

We used Numerable to analyse the single total figure for remuneration (where it has been reported) of all current main board directors of FTSE 350 companies on International Women’s Day 2022.

We found that the mean remuneration for a FTSE 350 directorship held by a man is 3.5 times that for one held by a woman.

So we investigated further.

These remuneration figures paint quite a different picture to the proportion of FTSE 350 directorships held by women (currently 38%), which is more commonly quoted.

When we combine those figures we get an even more extreme result: women receive just 13.5% of the total FTSE 350 director remuneration! This proportion is likely to be a good indicator of the influence and power of women in FTSE 350 companies.

The remuneration imbalance is mainly due to the small proportion of women in the highest paying board roles – Chief Executive (7%), Chief Financial Officer (18%) and Chair (14%). On the other hand, women now occupy more than half (53%) of the less well paid Non-executive Director roles (excluding Chair and Senior Independent Director).

There is a surprisingly large remuneration (and power) gap between men and women on FTSE 350 boards. This will continue while the overwhelming majority of executive director and chair roles are held by men. Perhaps the current focus on increasing the proportion of women on FTSE 350 boards should now shift to addressing this imbalance.

We hope that the information tools we are developing will be used to support this challenge, and are keen to collaborate with organisations that are active in this field.

Numerable is an innovative board intelligence platform with a database of UK public companies, directors and appointments. It continuously collects and harmonises published information from Companies House, annual reports, websites and news releases. It has a range of powerful, interactive tools to browse, search, filter, sort and analyse.