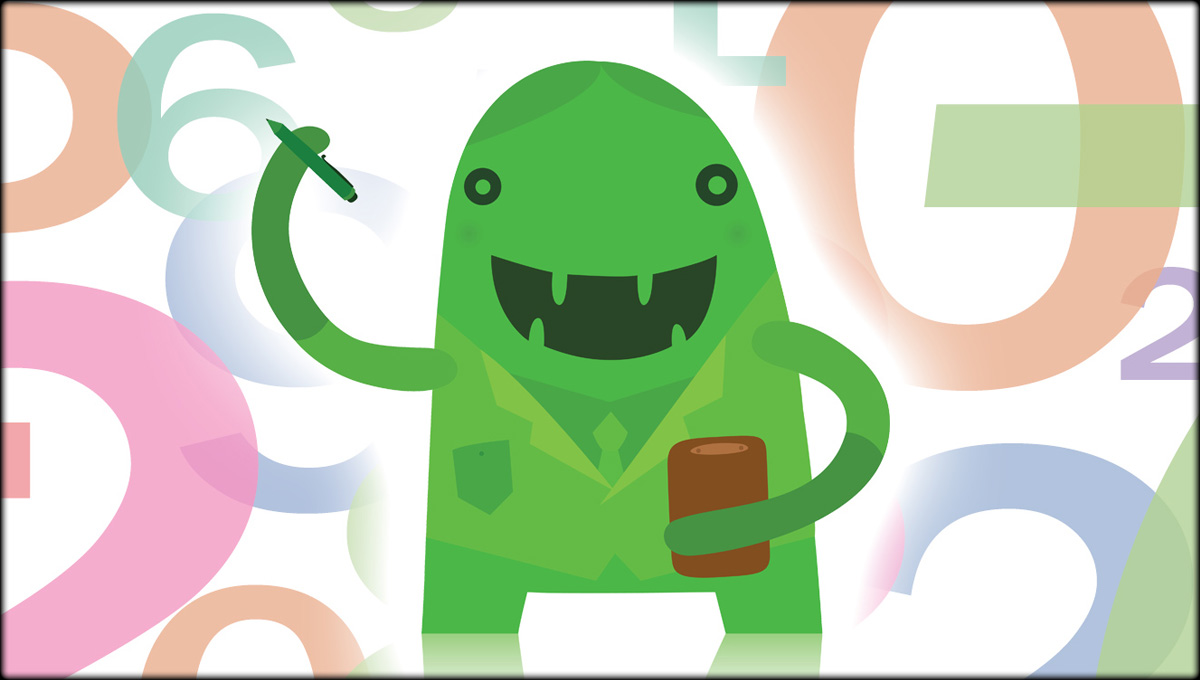 One of the fundamental challenges in understanding financial reports is the numbers!

Sure, we can pick out a value from a table. We can find the a column, run our eyes (or finger) down it to a row that interests us, and read off a value – say the net profit.

But many financial reports contain hundreds of values. Within those numbers are trends, changes, differences, exceptions and other patterns. These patterns show important information about a company’s performance and prospects. Can you quickly and intuitively pick out all those, and be sure that you haven’t missed anything? Very few people can say that with confidence – I know I can’t. But Una can.

Una comes from the planet Numera, in the Arithmetica solar system. Numera does not have plants and animals, it is full of numbers. Her species, the numerates, evolved surrounded by numbers – hunting them, farming them and avoiding being eaten by them. The brain of a numerate has evolved to become very efficient at perceiving and understanding numbers.

While Una was growing up she spent her time arguing with rational numbers and being insulted by vulgar fractions. She shared her secrets with integers (hey, they are discrete) and dreamed of imaginary numbers. So her inherited ability to understand numbers was further improved by constant training.

She ‘gets’ numbers. When she looks at a table of numbers the patterns just jump out at her, without her having to think about it. She would probably make a good accountant (OK, I know you need some other skills too!).

On the other hand our species, homo sapiens, has evolved on Earth. In prehistoric times our ancestors were hunter-gatherers. They survived and reproduced if they were good at collecting wild plants and pursuing wild animals. They also needed to be good at recognising family, friends and enemies.

This drove the evolution of human senses and perceptual abilities, leading to vision becoming our dominant sense. Our brains evolved specific structures (the visual cortex) dedicated to processing visual information. We are good at picking out movement, shapes, colours, patterns from a scene. We are very good at some key aspects of that, such as recognising human faces. We do these things instantly and with no conscious effort.

Humans only started to use written numbers around 3000BC. Until the last couple of centuries very few people had any mathematical education. So we haven’t had time to evolve any significant abilities relating to numbers.

Despite these evolutionary shortcomings, we can of course learn about numbers. Almost everyone in an industrialised country now studies mathematics at school. But most people still find maths hard and never become proficient at it (maybe they should start using evolution as their excuse?).

Others appear to have some innate ability and work hard at maths. If they study long enough the concepts become lodged in their long term memories and can be easily accessed. This is similar to the 10,000 hours theory proposed by Malcolm Gladwell in his book ‘Outliers‘. He suggested you can become very good at something if you practise for 10,000 hours, probably by forming permanent neural connections that let you do it subconsciously. You could describe this as ‘deep learning’.

Many accountants have some natural abilities with numbers and studied to degree level in a numerate discipline. They then spent a good part of their early career dealing with numbers, in the form of accounts or tax. They are therefore relatively numerate and proficient with numbers.

But most people’s learning of maths is ‘shallow’, and never reaches a level of proficiency that is fast and automatic. As a consequence we struggle when facing lots of numbers, as in financial reports.

So, if you believe you can fully understand financial reports, are you an alien, an accountant, or both?

At Numerable we are trying to help people overcome this numbers challenge. That’s why our tag line is ‘Financial Reports for Humans’.

Our web app converts the numbers in financial reports into meaningful plots that humans can interpret with their powerful visual perception capabilities. Our software also generates English language insights that explain key points. Please give it a try and let us know what you think, at our website numerable.io.